If Orbitals were to play Acids in a game of basketball – yes, you read that right.

I wrote this years ago, when my friend Ben Cohen and I, cohosted a SCIENCE SHOWDOWN during the 2007 NCAA. We had many folks play along, writing some really excellent creative science pieces – you should check them out, to see which scientific term won in the end.

Welcome folks, to this here what we’ll call the beautiful game (at least we’ll say that for the molecular level). This game really had it all, it was dynamic, it had equilibrium, it had fluid transition, and it was catalytic. It involved freakishly large chemical sounding words, and also a wierd scoreboard that looked something like this:

But hey, whatever, right?

The game started off slowly enough, with Team Acid moving the ball well. Their game plan was fairly straight forward, and with a play by play that looked a little bit like this:

But then the d-orbitals stepped it up in strides. Moving with both precision and with uncanny diffuse footwork that was seemingly hard to defend. Full of spark and basically responsible for a lot of the colour of the game, their floor plan followed a few extravagant patterns. Such as: 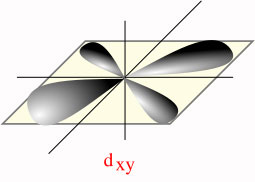 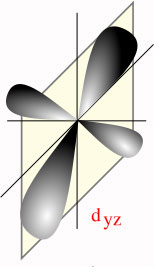 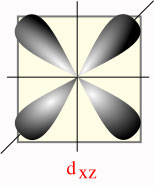 and every now and then, even this: 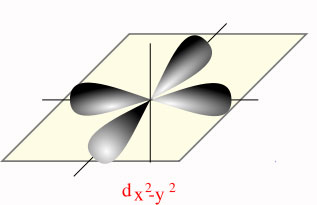 But the coaching staff for the Acids were a smart bunch, and soon realized that the d-orbital gameplans were essentially all similar. That for all of their flash, (as well as support from the well resourced transition metals), they were (as the coach was heard to say), “just moving about in the same f**king four way formation – any sh*thead should be able to mess that up!”

So, newly motivated, they countered with:

and on ocassion this,

So for a while, it looked like Acids had it in the bag. That they would advanced to the final eight. That it was all over for Team d-orbitals, who would then have to delocalize and do other things that incorporated some kind of sad chemistry pun.

But then, in the last ten minutes, something happened. Something beautiful, something different, but not something entirely unexpected – because let’s face it, it’s easy enough to google this sort of thing these days.

And so, here’s how it happened. This, my friends, is what the game will be remembered for: 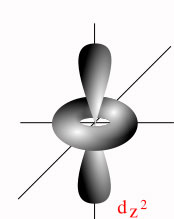 Where really all we can say is, SWEET JESUS!

And then it was basically all over – Acids were all but destroyed from that point on. And this, here, is the final result – d-orbitals takes the game. In style some would say, and by a score of 98 to 86.

Later that evening, I caught up to the Acids, with some questions. But they had no answers, just a few sorrow shrugs and some parting words.