“The work begins the day before launch, when he [Dan Winters] positions up to nine cameras as little as 700 ft. (213 m) away from the pad. Each camera is manually focused and set for the particular shot it is meant to capture, and the wheels of the lens are then taped into position so that they can’t be shaken out of focus when the engines are lit. Electronic triggers—of Winters’ own devising—that do react to the vibrations are attached to the cameras so that the shutter will start snapping the instant ignition occurs.

To prevent the cameras from tipping over on their tripods, Winters drills anchoring posts deep into the soil and attaches the tripods to them with the same tie-down straps truckers use to secure their loads. He also braces each leg of the tripod with 50-lb. (23 kg) sandbags to minimize vibration. Waterproof tarps protect the whole assembly until launch day, when they are removed and the cameras are armed. Throughout the launch, they fire at up to five frames per second. Only after the vehicle has vanished into the sky and the pad crew has inspected the area for brushfires, toxic residue and other dangers, are the photographers allowed to recover their equipment. (Text from Time) 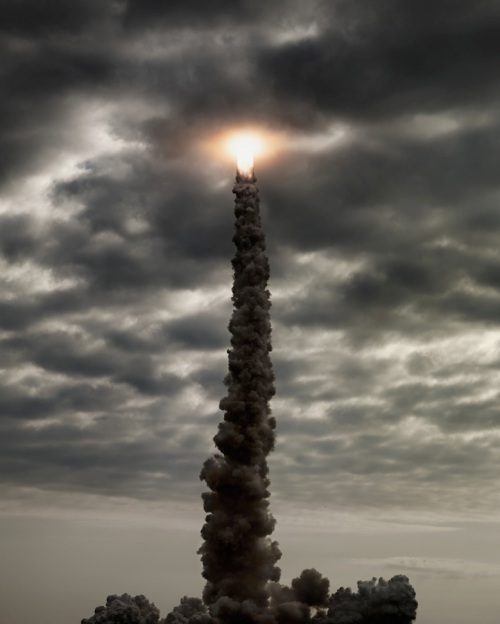 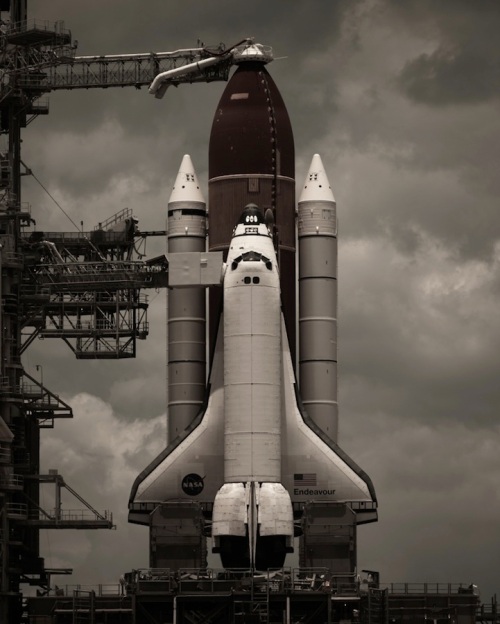