I so want to make one of these! Cellular miniature golf.

Specifically, what if a bunch of us sciencegeeks at UBC agree to make a few. AND THEN WE WOULD HAVE A WHOLE SCIENCEGEEK MINIGOLF COURSE! 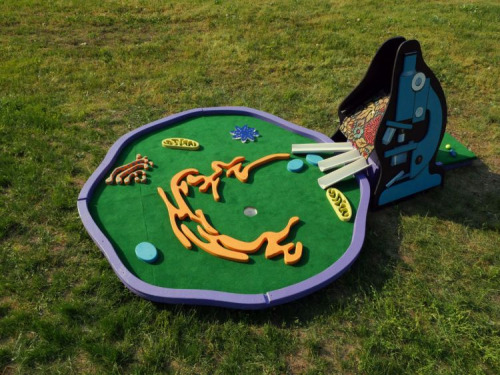 By NYC Resistor, via Thinx

Yes, there is a dinosaur in my microscope slide. #seriously 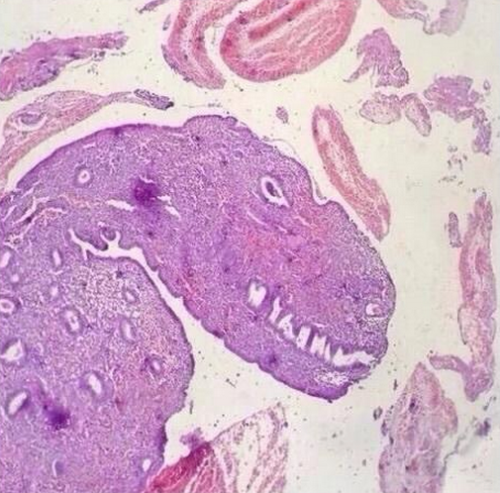 Cross section micrograph of a lily’s flower bud is stunning.

One of the winners of the 2014 Wellcome Image Awards. By Spike Walker.

But wow… Check out these stunning metal sculptures of microbes by Erick James. Currently on display at the Beaty Biodiversity Museum at the University of British Columbia, Vancouver (Until January 5th).

Lovely animated gif of some sort of protist. #beautiful

From gifovea, via Fresh Photons.

Images from Clemens Wirth, gifs by microscopicexpressionism, via Fresh Photons

These Victorian microscope slides are both beautiful and amazing! #want

O.K., this site about Victoria microscope slides has to be one of the coolest things I’ve seen in a while. Lots to peruse, but why not just start with how beautiful the mounting looks.

“By the later 1800s, with the advent of an expanding middleclass and the burgeoning popular interest in the Natural Sciences, it was not unusual for households to have a well used microscope and a little “cabinet of curiosities”. Some, as well as purchasing commercially mounted examples, found pleasure in collecting specimens and making their own slides. Many people of the times could give the common and Latin names, and an account of the habits, for most of the plants, insects, and other living creatures both small and large in the vicinity of their town and countryside. Holiday excursions to the seashore became a popular pastime, being seen as wonderful opportunity for collecting unusual specimens for study. Public lectures, classes and demonstrations were held, and numerous societies and clubs of interested “amateur naturalists” met regularly. During the heyday of the Victorian period, the microscope and it’s attendant collection of mounted objects were not viewed as just a means to an education, or scientific tools for the laboratory, but as an interesting, wondrous, and delightful entertainment.” 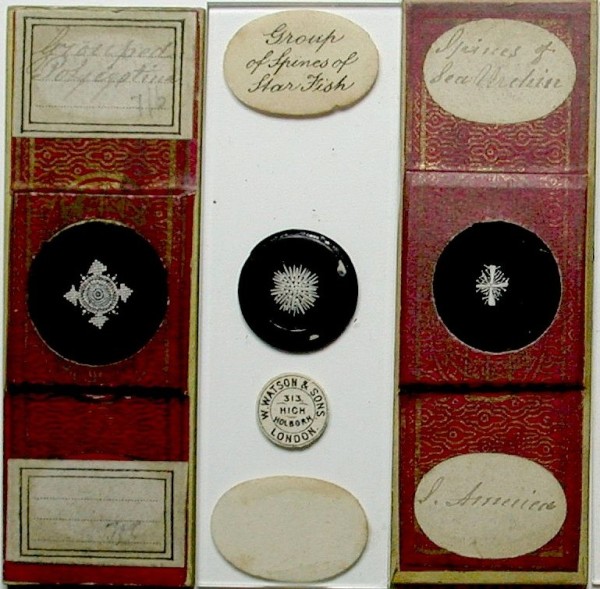 Specimens that are grouped in a specific spatial (i.e. pretty) arrangements. 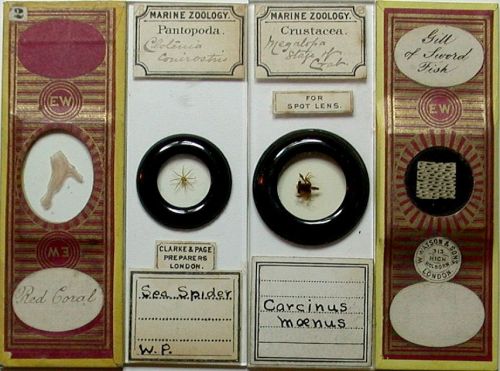 This is an example of a large mount (with Earwigs) slide.